Oh great... another blog post from a direct mail company saying people like receiving direct mail. Give me a break – It’s the age of email and smartphones. Direct mail is dead. And dead it will stay!

I get your skepticism. You've every right to be skeptical when mainstream news outlets say the same things: direct mail doesn’t work. Market online. Send emails. Strengthen your SEO. They suggest anything BUT direct mail. 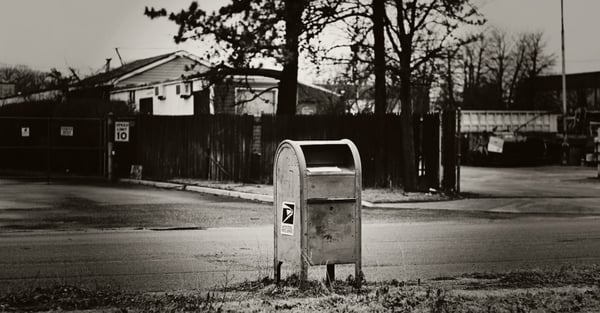 According to the Data and Marketing Association, the #1 hub for marketing statistics and information, direct mail is alive and well.

According to their stats, direct mail has a better response rate than email, paid searches through search engines like Google and Bing, and social media. And not just by one or two percent. But four to five in almost every comparison.

For example, the household response rate for direct mail ranks number ONE at 5.1% whereas the other response to Google Clicks and email measures less than one percent

And we’ve all heard those “tech-savvy,” “digital-native” millennials only shop online or with their smartphones. But do they? Again according to the DMA, it simply isn’t true; the direct mail response rate for millennials is 12.4%! So... is direct mail dead?

So Why Does Direct Mail Work?

First, it slices through the clutter. It’s clean and simple. It’s not competing with hundreds of other marketing pieces. It’s dropped in the mailbox with four to five other mail pieces. But compare that with email – where the average person receives 10-20 marketing emails a day. There’s too much. Companies are bombarding us every day, and it’s causing our heads to burst.

Second, it’s tangible. You can feel its texture and weight in your hands. It feels … well … it feels real. Contrast that with an email. Emails seem cheap. They lack substance. What does it say to your customers when you only contact them with an an email? I’d say not much.

So if you’re looking to improve your marketing, mix in direct mail. There’s nothing wrong with sending emails, but compound your efforts with direct mail. The results might just turn you from hater to believer.

So what do you think? Is direct mail dead?

Boost ROI with a Commemorative Stamp